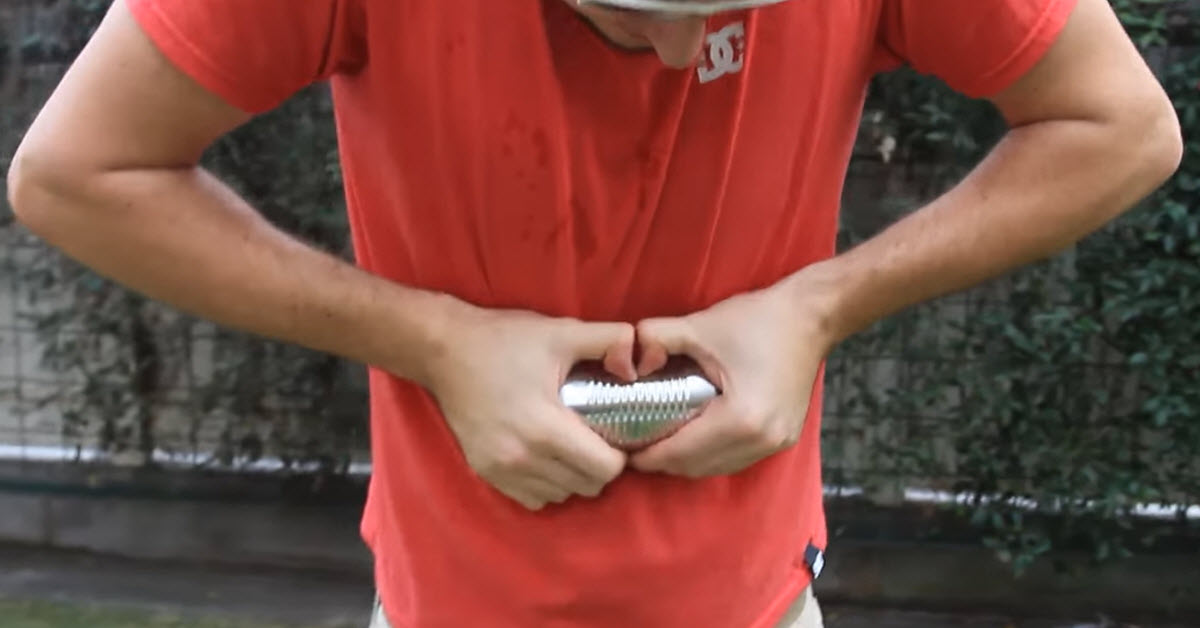 One of the things about survival is the fact that you need something to eat. This should never be underestimated because, without food, you will not last very long.

Of course, packing things for survival often means that we are going to be storing up things for long-term storage. This would include jars of various items as well as cans of fruits and vegetables.

If you find yourself in a situation where you do have a can of food but you don’t have an opener, you might start to panic. After all, but most of us have never had to deal with that situation and aside from banging it on a rock, we might wonder what we can do.

First of all, I would say that opening a can of food in any manner is going to be problematic if you don’t have a can opener. There are certain methods, however, that will work better than others. That includes the following method of opening it with your bare hands.

To start off properly, I would like to say that I’m not talking about ripping the can open with your bare hands and brute strength. I’m talking about using your hands as tools and opening the can in a way that would allow you to eat the food rather than seeing it spilled all over the ground.

Begin by holding the can on its side and putting your thumbs together into the middle. The point of this exercise is to push down as hard as you can into the can until it begins to bend. 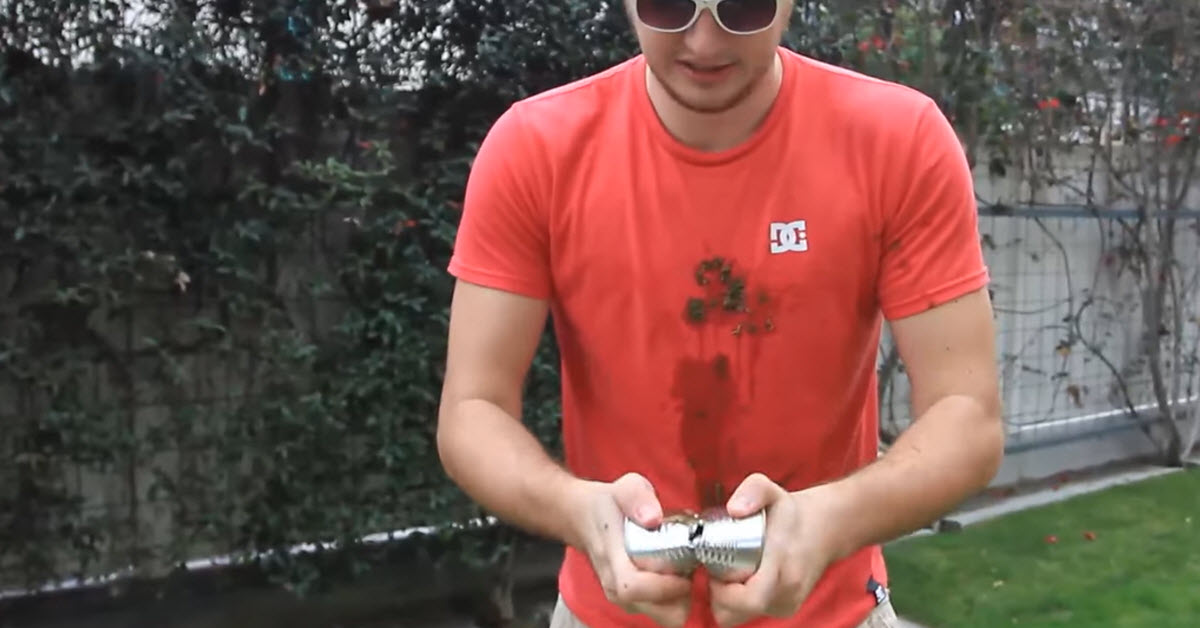 You shouldn’t expect too much bending at this particular point. In fact, it may only put a little dent in the can but that is all you need to get started. Once the can is dented, it is going to be the weaker point.

Continue to work on denting the can until it is pushed in a noticeable amount. You can then put the palm of your hand on each end of the can and lace your fingers together in order to squeeze the can as hard as possible.

Again, this is not going to cause the can to pop open as if you were using a can opener. What this point in the process will do, however, is continue to squeeze the can together and to make that weak point of the can even weaker.

Be careful, because as you will see in the video, the juice can actually come out at this point with a lot of force.

As you have now weakened the can, you can begin to twist it back and forth until eventually, the metal will break and you will be able to get to the food inside. 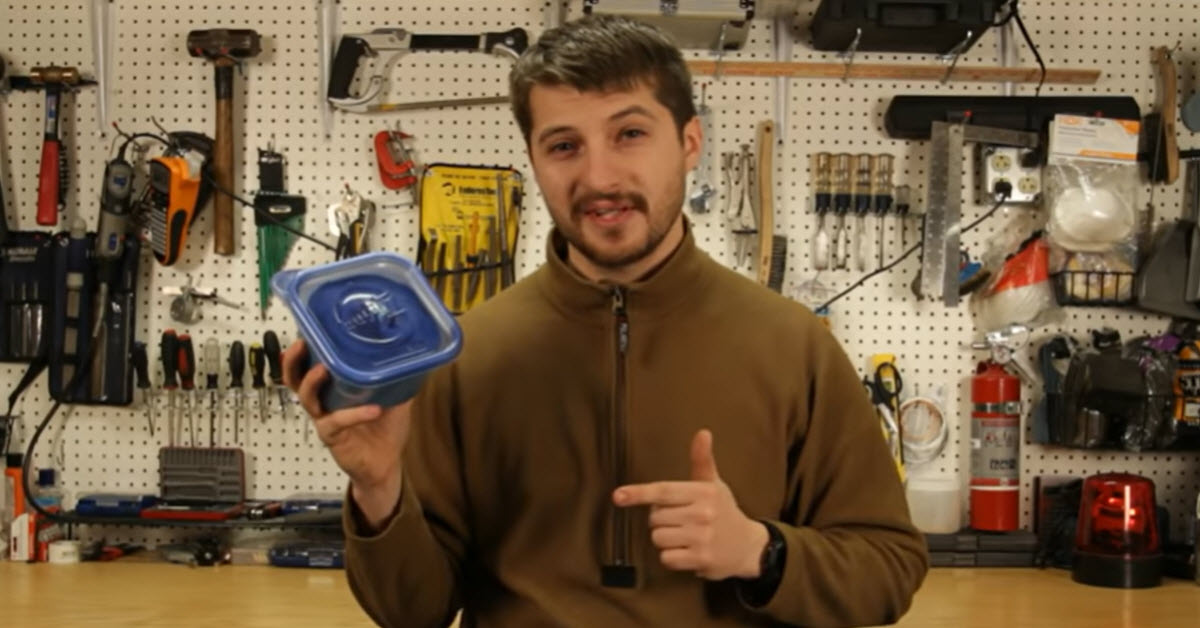 If there is one thing we have become accustomed to … 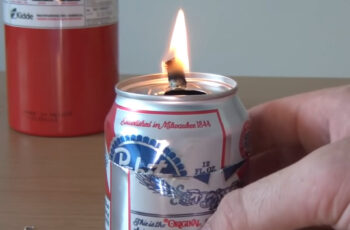 Having a lamp is of great benefit when you are …